Displays allow you to configure which color they are in each possible state of their inputs. This week I’ve been working on the ability to save and load these configurations, so you can quickly set up displays that will be the same color when their inputs are in the same state. 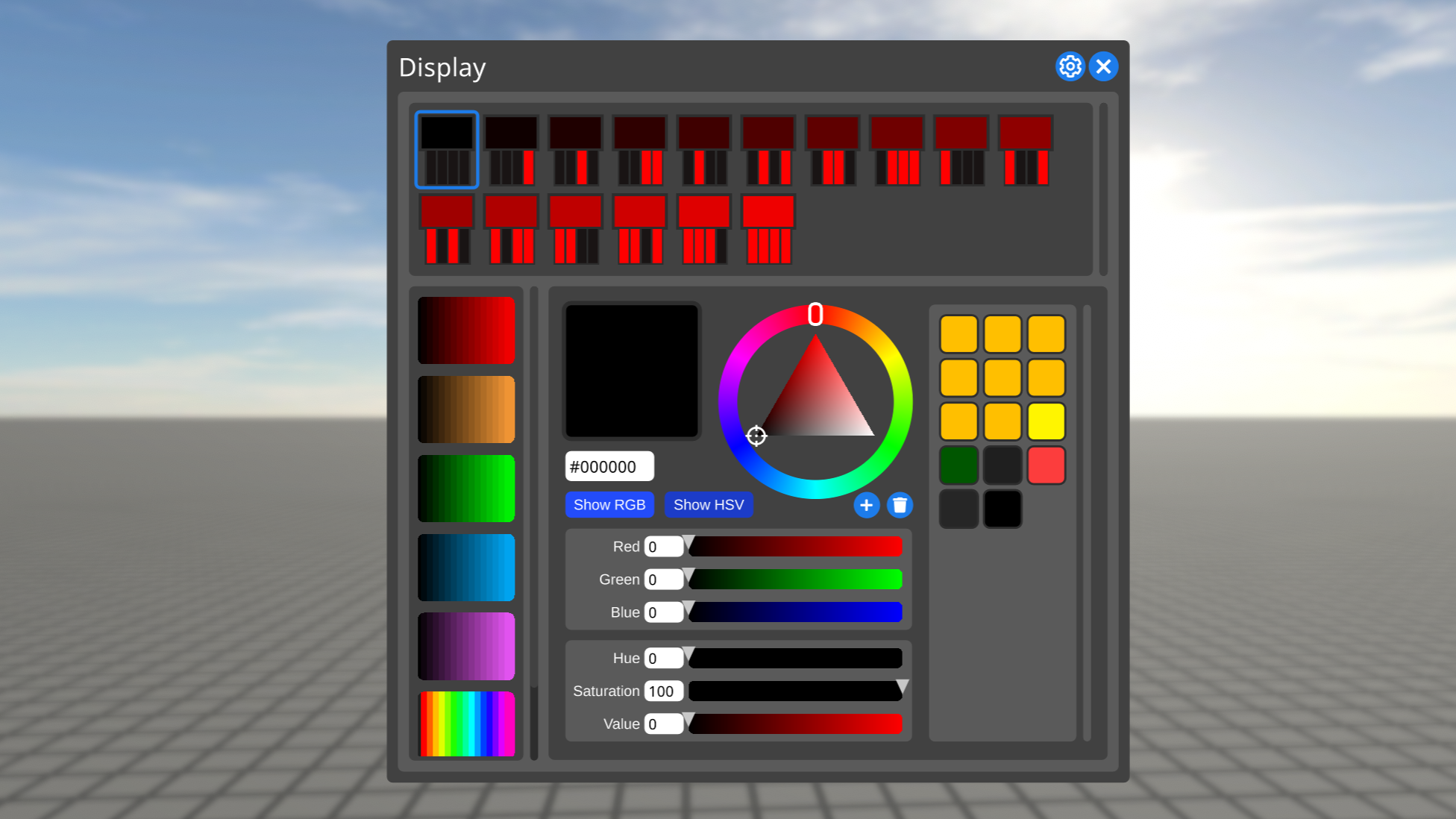 On the top are graphics depicting the possible states of the display’s inputs - from 0000 to 1111 - and the color the display is in for each state. On the left are various saved configurations for displays with four inputs (and 16 states).

This feature isn’t quite done yet, so you’ll see a full video showing it off next week.

As we discussed last week, in order to share a mod on logicworld.net you will need to upload the mod’s source code, which will then get compiled for you on our servers. This is what I’ve been working on this week: I’ve been developing a sort of CI system that automatically compiles the mod’s solution and outputs the mod’s code as DLLs. The system relies on Docker containers to run the build, which means that they run completely isolated from the rest of builds and with the same starting environment every time. Using Docker also means that we can aggregate multiple cloud server instances and create more as demand for compilation power goes up, allowing us to meet the demands.

SUCC is an open source library I’ve developed for Logic World for saving and loading data as text. We use it for saving user settings, metadata about world saves, localizations, game data like the list of components, and more. I’ve spent some time this week making improvements to SUCC, including adding some features we need for Logic World’s modding system.

There’s too much to talk about here, but you can check out the list of changes over on the 1.1 release page.

(I’m new so this might already be a thing.) Will you add the option to shrink a board down?

You mean board resizing?

I mean one with inputs and outputs on it already, probably with the snapping pegs. EDIT: Also when is the next LWW?

Pretty much what would happen is you would load a board and then somehow turn it into a 1x1 (Maybe bigger if their isn’t enough room for inputs/outputs) circuit.

This is a cool idea that’s been brought up a lot. It won’t happen in time for 1.0, but it’s something we might look into in the post-release updates.

We needed an extra day for LWW this week. We announced this on Discord, but we probably should have posted something here as well, sorry. It’s coming within the hour :)

It’s so nice to see btis and Bobby’s being added, the display color preview will come in really handy!

i cant wait to make a mandelbrot generator :D