In case you haven’t already heard, this week we made the difficult decision to postpone Logic World’s release.

We’re sorry about this, but we’ve got our heads down and we’re working hard to make sure the game you play on May 1st is the best it can be.

I again spent most of this week squashing bugs to make sure playing Logic World is a stable, smooth experience. There are two fixes that were particularly satisfying which I would like to share with you.

Firstly: chairs had been non-functional ever since I redid the player controller code in September. I fixed them up this week and made two important improvements to their functionality: The next nice fix was to Mount resizing. When I added the checkmark to the resizing UI, it only worked properly for Horizontal Resizing. Mounts use Vertical Resizing, and their checkmark was broken.

I quite like the tiny new checkmark. It’s cute 🙂

If you didn’t already know, the closed beta for LW has begun. The beta is a period for reporting issues about the game, and so far this has been done in a plain Discord channel, but this has proven to be insufficient; for example, we don’t have a way of marking issues as solved. For this reason I have been working on a ticket system similar to GitHub’s issue system that allows our beta testers (and you too, in the future!) to report any bugs, feature requests or other feedback, which we can later resolve.

Docker is a platform for running applications in containers, which are like virtual machines, meaning that each application gets run in its own little fake OS, isolated from the rest of the machine. These applications come in the form of images, from which containers are created. This week I’ve been working on making the LW server into an image, allowing users to spin up a server with a single command, provided they have a Docker installation:

This week I made a major upgrade to our screenshot tech. Previously, we were simply capturing what was currently being displayed on the screen and saving it to a file. But I wanted something more powerful than that.

Now, the game can render screenshots at any resolution. This is exciting because it means you can take very high-quality screenshots even when you’re running the game in low quality.

Here’s an 8k screenshot I took while playing at 1080p (click for full resolution): The build in that image is a binary multiplier made by @TheWildJarvi :D

I also added 360° panoramic screenshots, which I think is pretty cool. You can see one below; click on it to view an interactable version in Google Photos. 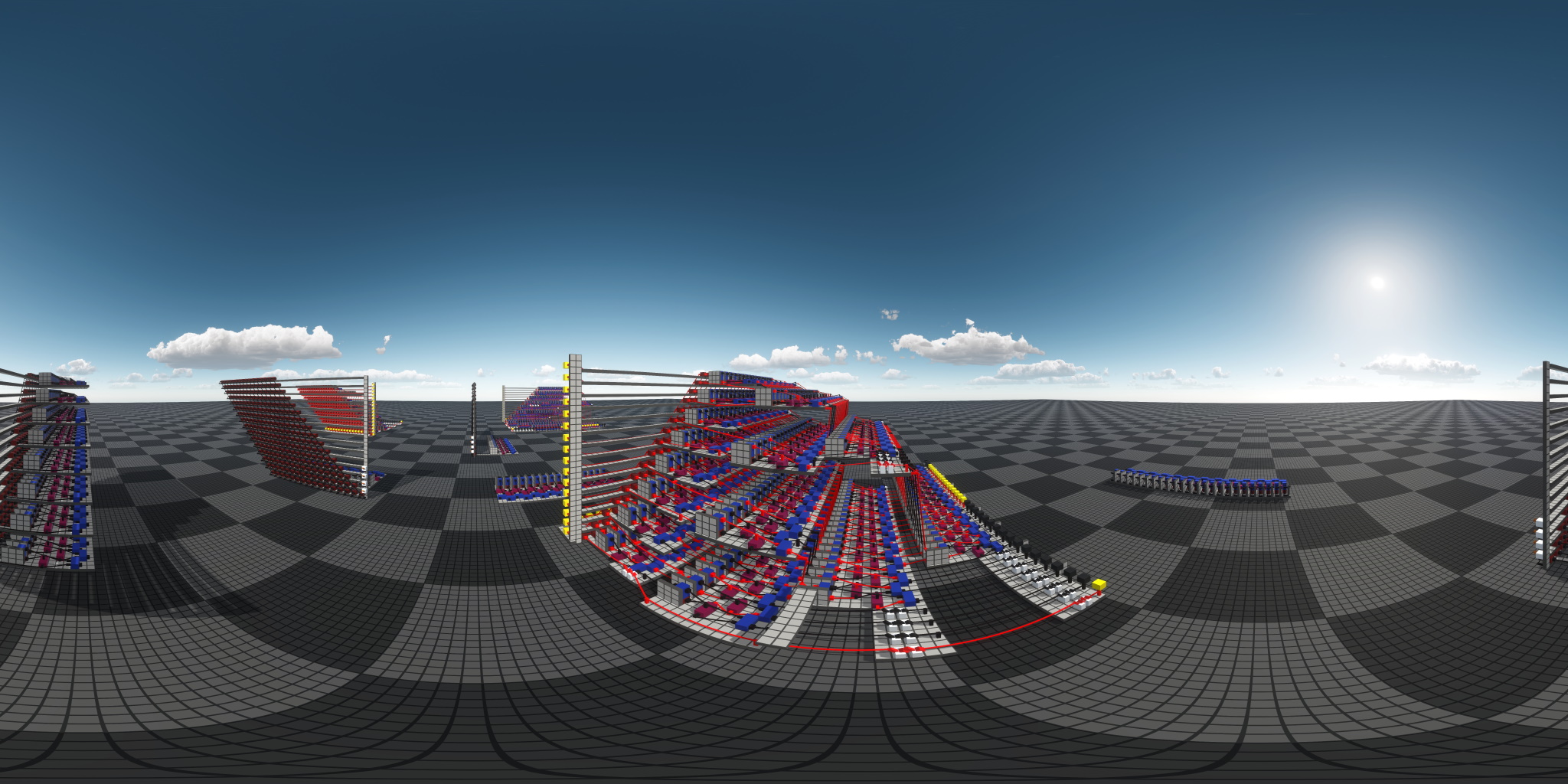 Finally, I added the option to save your screenshots as jpg instead of png. This can massively reduce the size of the images even without sacrificing quality.

I’m curious why you went with a custom ticketing system versus something pre-made. Some games/projects make public GitHub repos just to track issues, for example.

360 screenshots are cool! But I appreciate the variable-resolution screenshots even more! That’s really cool.

I’m curious why you went with a custom ticketing system versus something pre-made.

First, we want to be in total control of the tracker and its data. By building it ourselves from scratch, we can make it work exactly the way we want it to with no compromises.

Secondly, we don’t want users to have to create an additional account to use the tracker. Your logicworld.net account should be usable with all things Logic World. When you’re playing the game, there will be a button that says report a bug; we don’t want someone to be redirected to an external service for that.

Awesome, I can’t wait til March 13th! is what I was going to say until I just saw the post before this one, I’m both sad and glad you’re delaying it. Sad because I don’t get to play Logic World for almost 2 months longer than I wanted, and glad because I know this delay will make the game better at release!

Thank you for your support <3

wow being able to take 360 pictures is crazy

I’m planning to make a script that auto-screenshots in 360° every few seconds, then make a 360° timelapse video of a build :D

So now to turn that frown upside down you just have to place an Australian chair!