Happy Wednesday everyone! This week I’m glad to share a sample of my piece called ‘A New Pursuit’. It is somewhat of a departure from the musical style that I’ve adhered to over the past few weeks but it still maintains a few key musical elements that unify each piece. I hope you enjoy this piece as much as I did making it.

Last week I made the world grid extend into the horizon. The astute reader will notice that I also changed the world grid from a checkerboard pattern to a solid color. I did this to hide some visual artifacts that were newly noticeable with the extended horizon.

The cause of these artifacts is somewhat complex, and has to do with how computer screens are made of a finite number of pixels. When the renderer looks at the grid, it has to decide what color each pixel is. With the colored grid, the color of a pixel can be one of the two grid colors. The problems arise when grid cells are very distant, and so appear small on the screen – smaller than a pixel. When a pixel encompasses multiple cells of different colors, it only samples the color of one cell; thus, information about how the grid is supposed to look is lost and distorted.

The solution is to slowly bleed the colors of the cells into each other over distance. The smaller a cell appears on-screen, the less you render it as its appropriate color; gradually, you transition from two binary colors to a single color which is the average of the two.

This week I implemented this solution, and checkerboard worlds now look good from all angles! This week I’ve been working on an overhaul of Logic World’s modding system. Up until now, mods contained C# code that had previously been compiled into a DLL file. However, this means that our cloud system would have to compile mods when the user uploaded them, putting quite a bit of strain on our servers. In the new system I’m working on, mods will now instead contain the code in .csx files, which are C# script files.

When the client/server loads a mod, it will now automatically compile the mod’s raw source code in-memory and run it, removing the need for any DLL files. All Logic World mods are now distributed as source code; it’s impossible to hide malicious things in mod code, and it’s a built-in feature that you can easily modify and learn from the source code of mods you download.

Mods will now also be able to contain LogicScript files (.lsx) to use when defining logic components. I talked about this more in last week’s Wednesday.

This week I’ve added a highly requested component to Logic World: Oracles, which generate a random value when powered.

I struggled for a while with whether to add these or not. It is possible, and very interesting, to build circuits which generate pseudorandom numbers. I worried that adding a component to generate random values would take away the need for that. I worried that fun and interesting gameplay would be eliminated.

Ultimately, however, I’ve decided that Oracles open more doors than they close. Besides, pseudorandom circuitry isn’t 100% obsolete; you still need it if you want your sequence of random values to be deterministic.

Bobby’s Birthday is this Friday!

Bobby, Logic World’s beloved protagonist and mascot, will turn one year old this Friday, April 10th. As we mentioned a few weeks ago, the lovely and talented @Red_3D is working on a celebratory short film to mark the occasion. So, get excited for that, friends! Join us in the Logic World Discord this Friday to celebrate Bobby’s birthday and to watch the premier of the film.

I was in the discord voice chat when Jimmy was talking more about how Pipe found a way to compile mods when the game starts, and it’s such a cool feature….. so happy you guys got it working. I really look forward to modding mods so that my modded mods will mod moddable components, perhaps adding modulation! Who knows, it’ll be epic tho

Glad you approve :) I look forward to seeing your mod modulation mods 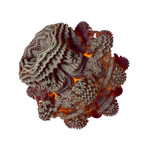