As shown in the video, Sockets can now detect whether two world-space squares, both with arbitrary rotations, are overlapping. This is the hardest math I’ve had to use in a while, and I’m very happy I got it to work so well :)

This week I’ve worked more on the modding documentation, and it’s now public at docs.logicworld.net! 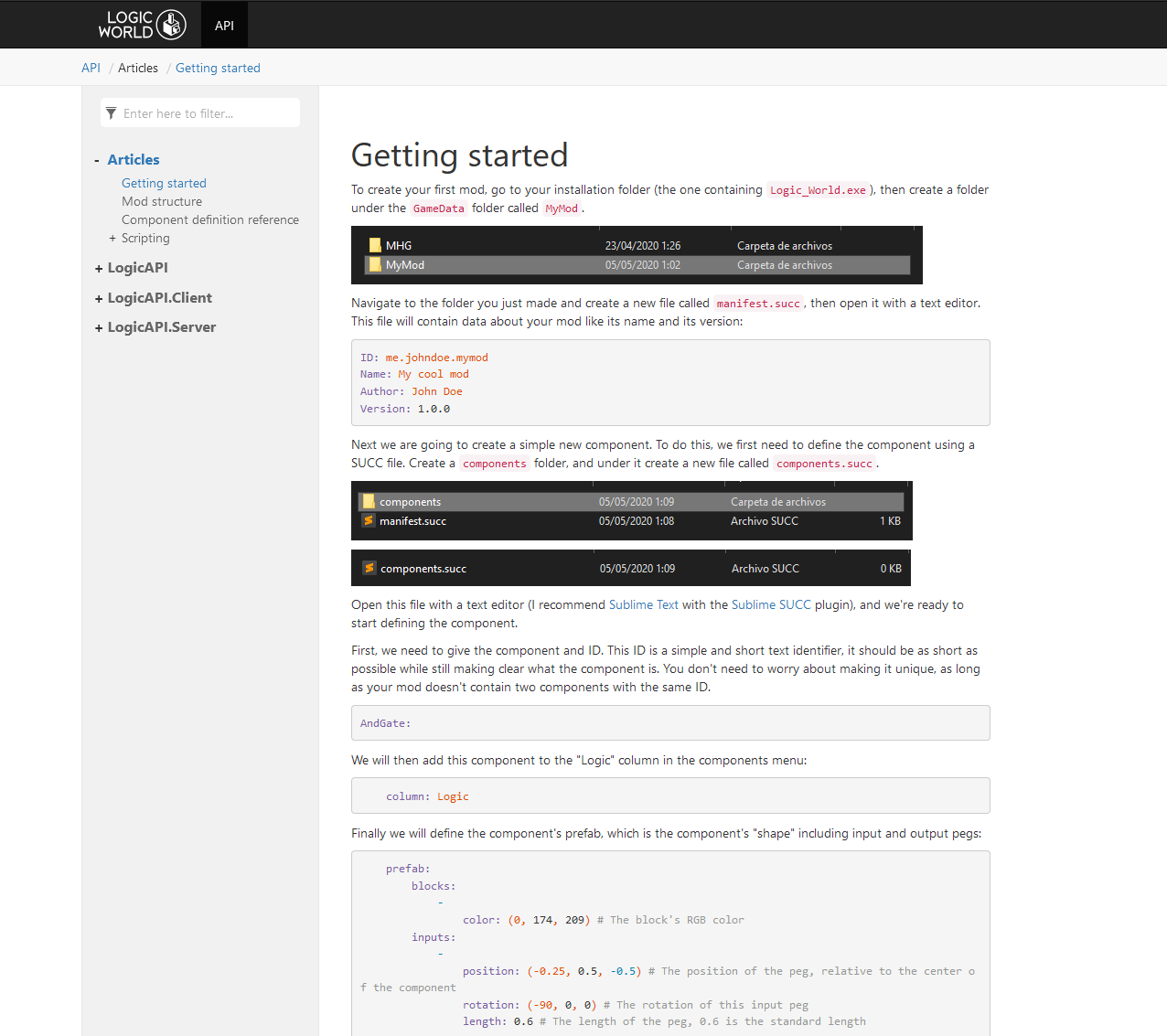 The docs aren’t finished yet, but they do have a “Getting started” tutorial to give you an idea of how mods will work, as well as all the reference documentation for the LogicAPI assemblies, which mod code will use to interact with the game.

Right now the docs only briefly mention C# scripting, and in the coming days I want to write some tutorials and other reference documentation about the different systems that make up Logic World.

A little over a year ago, I showed you a system for switching the palette of colors Logic World uses in its menus. This system exists by necessity; we need an easy way to ensure all of the menu elements use the same color, and that same ability lets us switch those colors whenever we want.

This week I’ve finally added the in-game option for switching the UI theme! Now, you can customize the menus to look however you want.

Themes are stored in simple text files like this, and mods can easily add custom themes.

I’ve continued my work from last week in redesigning game menus. Some of these old designs were over a year old, and I’ve learned a lot in that time about UI design and programming. It’s been very satisfying to apply that knowledge and bring old work up to my new standard.

You can click on each of these images to view them in 4k.

looking forward to using the new and improved sockets :)

In this comment, I asked about the hook for logic updates.
As I understand it, the interface IWorldManager is responsible for this?

That will be handled using the separate hooks system, which will be explained in the documentation

The highlighting of categories in the new menus is too small. Perhaps this seems only in the screenshot. I also did not like new highlighting color of parent categories.

It probably does look too small when you’re viewing the image as an embedded part of a blog post. But that was actually one of my big mistakes when designing the menus initially: I designed them in a pane that wasn’t full-screen, so they ended up being way too big when the game is full-screen. As fullscreen menus, IMO the new ones are exactly the right size.

But if you disagree with me, all of these menus are resizable! You can see that in this video from last week.

As for the new highlighting color of parent categories – do you mean how the columns of the Edit Singer Menu were made darker? If so, I disagree and think the new color scheme is better. Plus, it makes the color scheme consistent with the Selection Menu, which also use those columns.

damn those new menus are loads better. I’m not sure if this was the final form of these menus, I know this LWW was rushed seeing as it was released on thursday, but I think the color swatches could do with a descriptor like Background color: or Text color: . Also are those fully expanded horizontal scroll bars on the bottom? Is that a bug?

There are still tweaks to be made, but the new versions much closer to the final form than they are to the old versions.

Also are those fully expanded horizontal scroll bars on the bottom?

yknow I think a resizable panel-style thicc socket might be a better adaptation of this idea. Plus having a 100 mile long socket is just hilariously pointless.

Long sockets can be used as a design element, like a long space key

I do believe that the sockets may aid with being more compact. But there could maybe be more features associated with chubby sockets.

Well done, here is your medal 🥇 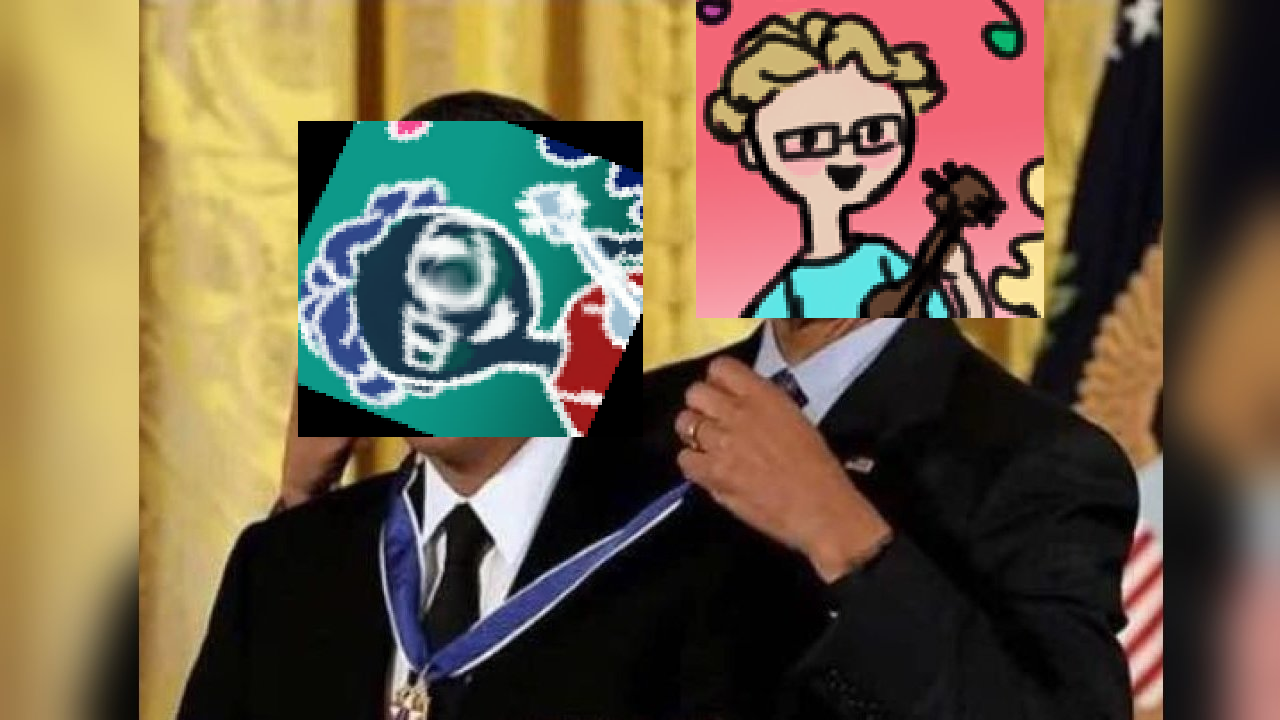