It’s been one of those weeks where I’ve combed through the game and added tons of small details and polish. I felt it was time for another video compilation of these :)

This week I’ve been working on some performance improvements in the circuit code, but quickly I realised that I had no proper way of testing whether or not my changes actually made a speed difference. For this reason I’ve made a simple framework for us and mods to add different benchmark cases. A single case is an interface with a method in it that does a single “iteration” of work (for example, creating a component), and the framework takes care of running a ton of iterations and measuring how long each one takes, then reporting that to the user.

This framework is accessed by the user through two commands: benchmark and stress. The first command will run iterations in about 1 second “groups”, then average the time each group took and calculate the time each single iteration takes. This is fine for long jobs, but for jobs that are very quick to finish (like changing the state of a wire), the time per iteration is so small that it becomes cumbersome to measure and compare. That’s why there’s the second command, which will instead run as many iterations as it can in 5 seconds and report how many iterations per second it achieved.

These benchmarking tools will be invaluable in the coming weeks as we get serious about speeding up Logic World.

Our brilliant and very handsome beta tester @TheWildJarvi has embarked on an epic quest: to build hardware for rendering the Mandelbrot set in Logic World. Jarvi is livestreaming most of this process. If you’d like to see hours and hours of unedited Logic World gameplay from someone who knows a heck of a lot about digital logic, you should check out his streams! The first few are already up on youtube, and you should subscribe to his channel so you’re alerted of his future streams.

A member of our community recently suggested that we start including a list of bugs fixed each week in these blog posts. This week has been particularly bug-fix-filled, so it seems like a good time to try out the idea!

Bugs with the player controller

Bugs with the user interface

Please let us know what you think: is this list interesting to you? Would you like to see it return next week?

SUPA BIG TEXT goes bigger and bigger, shows on your bluescreen and on your mobile, in fact MHG draws it on your walllaper when too big for your monitor.

Cool update. Can we type in arbitrarily large numbers for the text size? I want EVEN BIGGER TEXT.

On performance testing, I really like how Go handles benchmarks. The benchmark framework gives you an n value that you use to run your code n times, and the framework re-runs your test with larger values for n until it can get a significant result. The idea is really small/fast operations will need to be run many times to get a good feel for how long it takes (and the opposite for expensive operations), but you shouldn’t have to figure that part out per-benchmark.

Our framework does do that, in a more crude way: 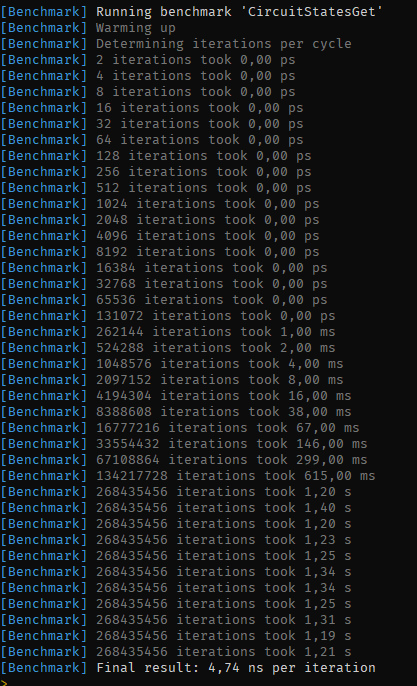 And this is the benchmark code for a single case: 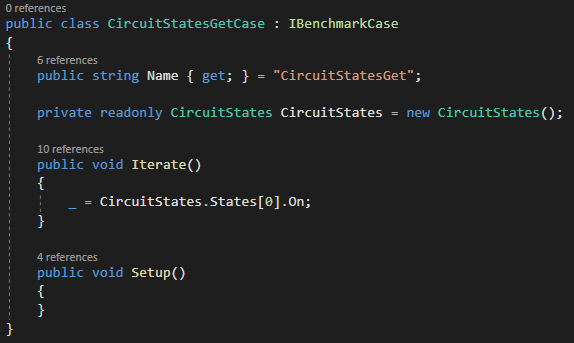 As you can see the cases (which is the code you write) don’t deal with any benchmarking stuff, and the framework calculates the appropiate iteration count.

I love the Devilish Details series, so many improvements in a very dense format. Good Job pipe, you and your skills are amazing.

Jarvi, your Mandelbrot machine is looking amazing so far.

that is a big amount of fixed bugs good job! also…