This week I’ve been optimizing Logic World’s building mechanics. When you create or destroy a large amount of objects simultaneously, that should be as fast and fluid as possible, and I’ve made a lot of progress on that front.

A while ago I shared my plans for a system that would allow game servers to verify the authenticity of the players that connect to it. This week I’ve implemented the final features of that system. Now, when in online mode, the server will retrieve the player’s name from their authentication payload. This prevents a client from logging in as a user and send another user’s username, since now the server will ignore the username that the client sent.

So, Logic World servers can now officially require online verification! Players will be denied connection to online-mode servers unless they are logged in and verified with logicworld.net. This allows you to have banlists and whitelists that actually work, as players can now prove they are who they say they are.

This entire system is optional, you just need to enable offline mode in the server’s settings and users will not be verified, which also means that no logicworld.net account and no internet connection would be necessary. It’s important that you’re in control of your game, and we’ll never require that you connect to our servers to play Logic World.

Before connecting to a server, you most likely want to know some information about it, like Message of the Day or how many players there currently are in it. I’ve implemented a system for requesting and retrieving this information, in preparation for Jimmy’s multiplayer menu. You can now request discovery information from a specific server (by its IP), or from all the servers in your local network. This last feature will make it really easy to connect to a server that someone else in your network is hosting, you won’t even need to know their IP!

As Felipe mentioned above, I’ve been working a little on the server list. There will be three tabs: your list of saved servers, discovered servers and open singleplayer games on your local network, and all games your friends are playing in, so you can easily join them.

The server list isn’t done, but I have finished the Direct Connect popup. Finally, Logic World has a way to connect to a server using a menu! 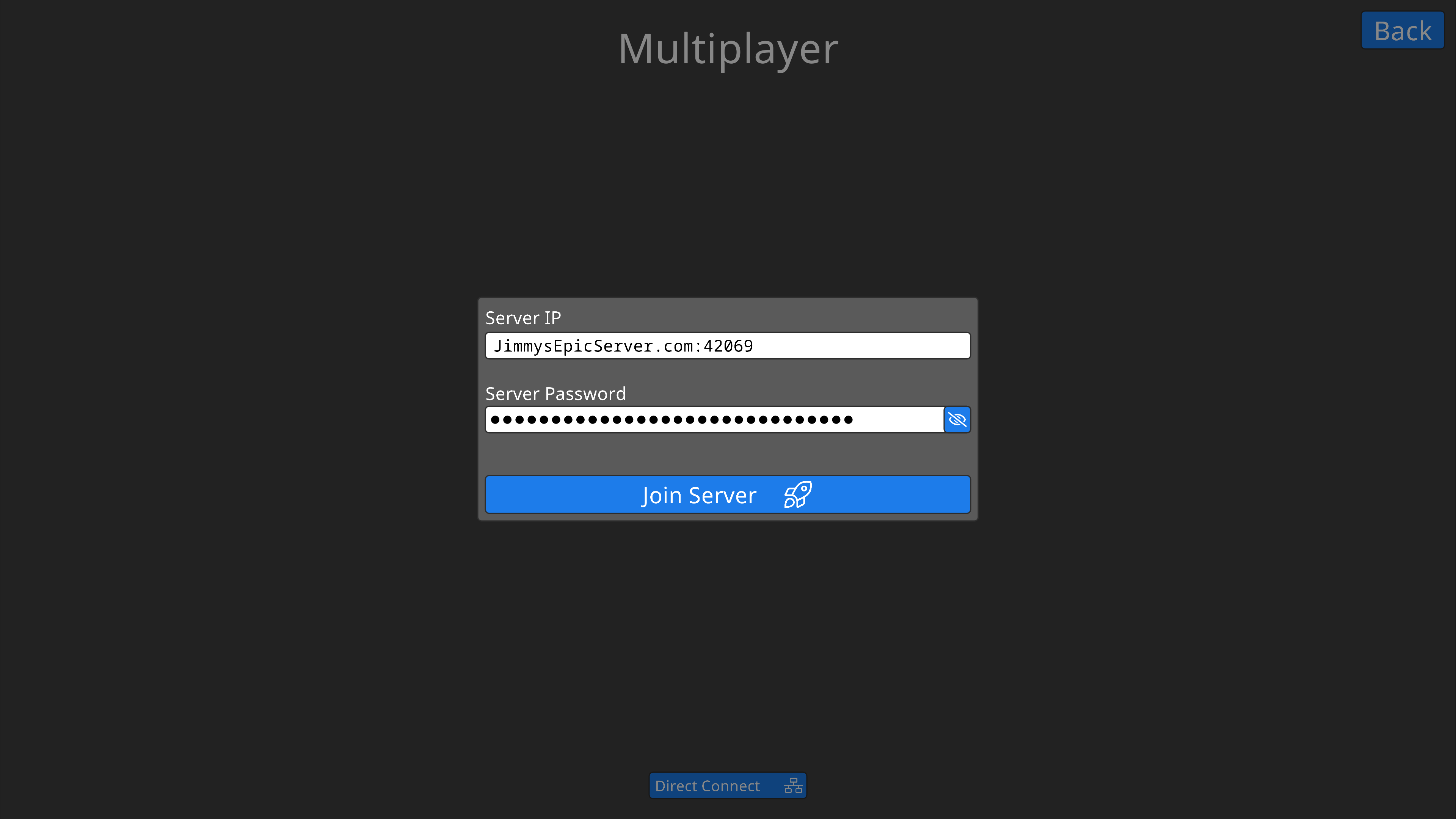 Some fun things about the Direct Connect popup:

It’s simple, but it does its job darn well, I think. I look forward to finishing the multiplayer menu – I’ll make a video about it when I do :D

It’s been a big year for everyone.

For Mouse Hat Games, 2020 was the year we came into our own as game creators. On January 1st, we sort of knew what we were doing. But today, in the dusk of this year, we quite solidly know what we are doing. For two self-taught kids, that’s an amazing and empowering feeling. We could not be more excited to finish Logic World and get it into your hands.

Thank you for being on this journey with us. We’re going to take a week or two off for the holidays, but we’ll see you soon on a Wednesday in 2021 – the year Logic World finally releases! 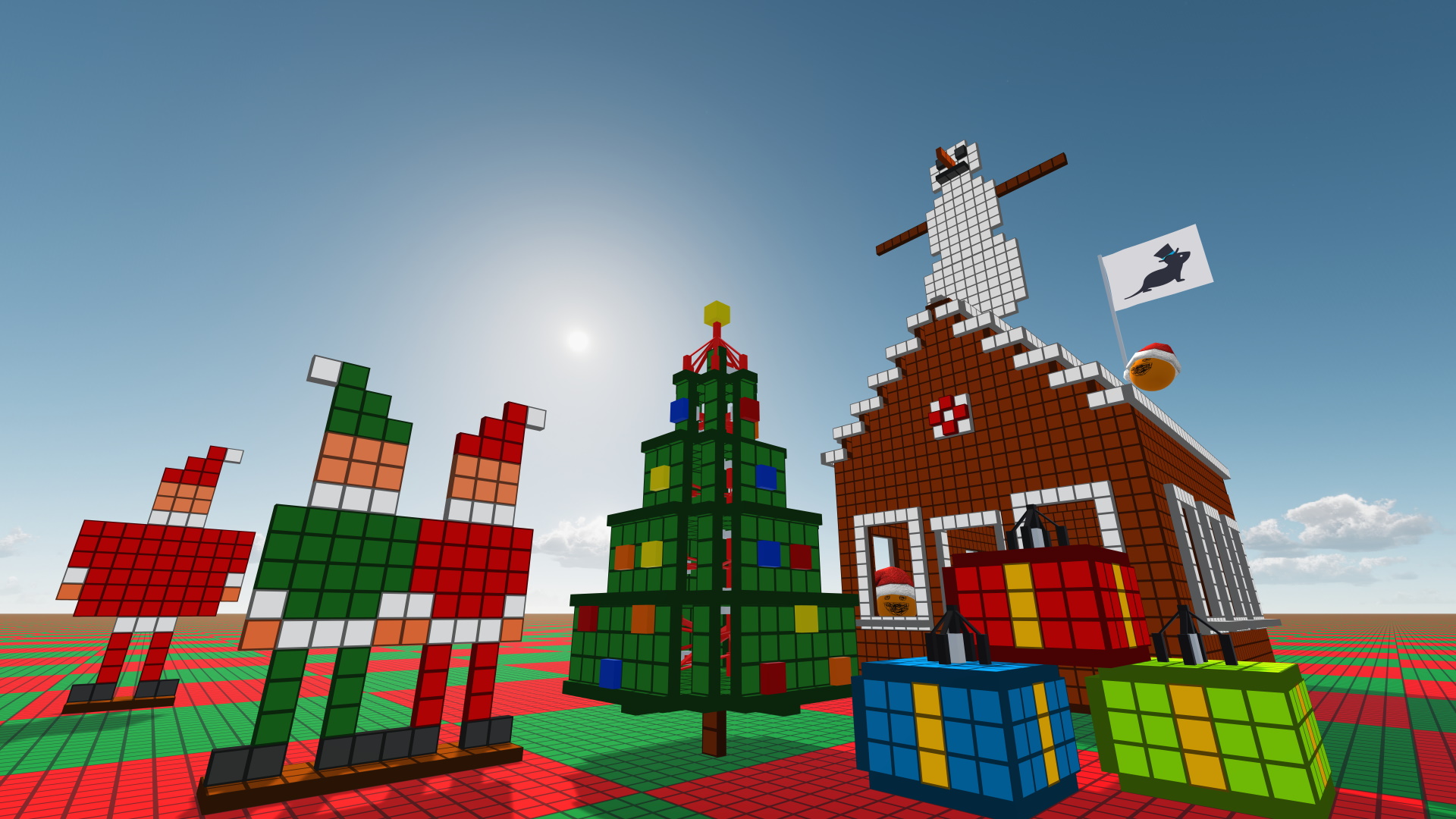 Xmas builds are from Brown Falcon TV, and were built today live on stream!

You probably should add anti-piracy features soon, so people don’t pirate your game.

Your steam page is outdated, because the logic world trailer (https://www.youtube.com/watch?v=h7pT89D4SPI) show an old release date at the end of the video (it says “Coming summer 2019”)

Hey Jimmy? Can you fix this: I changed my email on my logic world account but the logic world newsletter keeps getting sent to my old email…..

The newsletter system works for non-members too. Just unsubscribe your old email (link in each email) and subscribe with your new one again.

There is already a private beta test, though a public one is very unlikely

Imagine your parents watching the network to scan for LogicWorld multiplayer broadcasts, to then scold you for playing again while you should be in bed or do homework. Great!