Logic World Wednesdays: The "We will announce the release date on Friday" Edition

That’s right! Logic World comes out this month and in two days you’ll know exactly what day of the month! Get your hype boots on!!!

This week I’ve updated the store pages on Steam, Itch.io and Gamejolt with new screenshots and fancy words. This was badly needed; the last time any of those pages got a significant update was March 2018, when we first announced Logic World.

It was particularly satisfying to select the new screenshots. These new screenshots replace the original promotional screenshots I took in 2018, and the difference in the game’s quality is just amazing to look at. Shoutout to our beta testers for building all the wonderful creations featured in those screenshots. 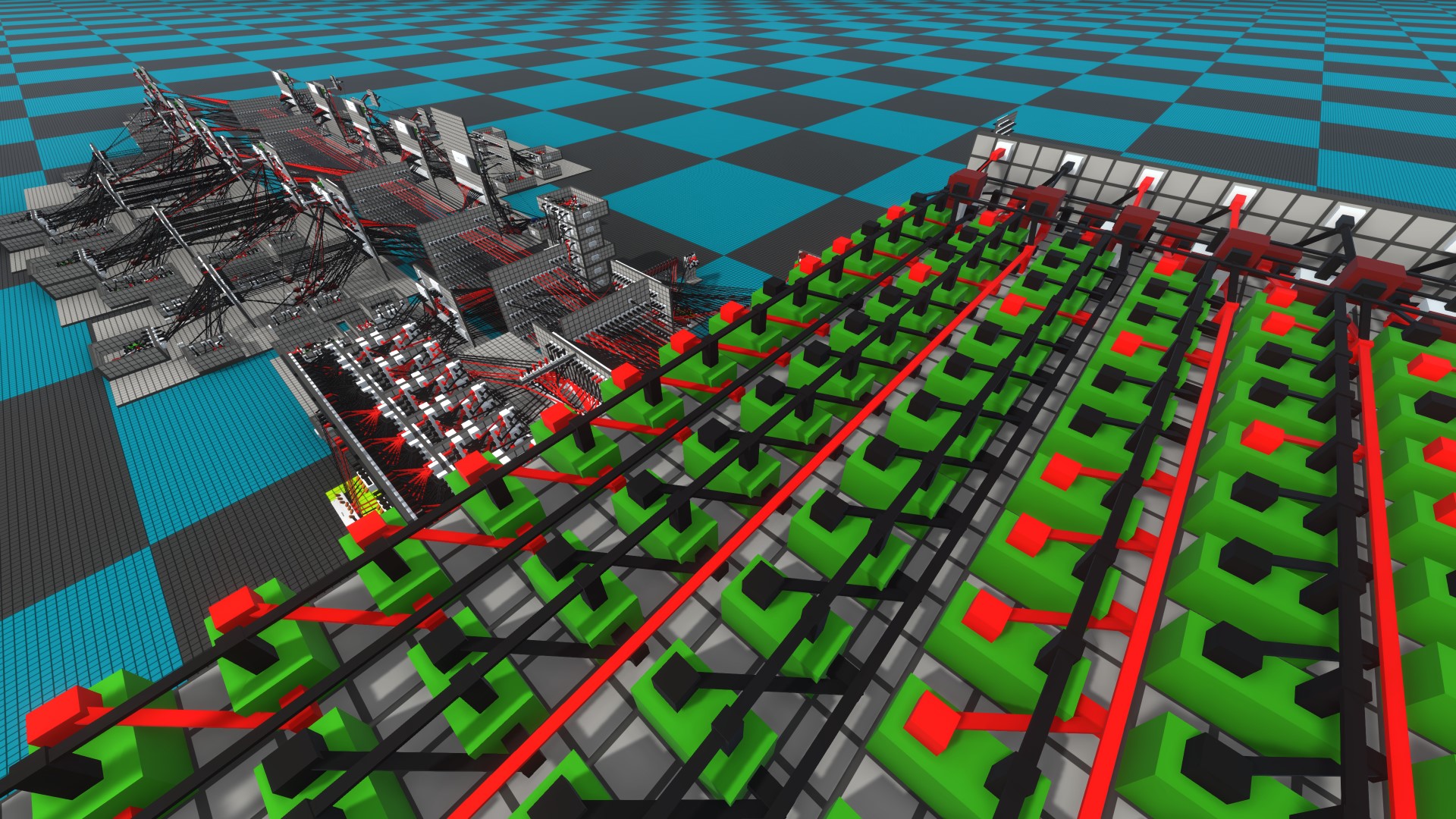 I’ve also been doing some more work on the Early Access Announcement Trailer, which is looking very sexy and cool. That will be my main project for the next two days, and if all goes according to plan it will come out Friday evening with the release date announcement :)

I’ve started working this week on the Creation Hub, a section of this website for sharing the things you make in Logic World! Hopefully, this feature will be available from day zero, when you’ll be able to share your sandbox worlds and saved subassemblies. In the future the Hub will also be used to share mods, challenge packs, and more.

The Hub looks great so far, but it’s not quite ready to show off yet. Next week I’ll give a detailed writeup on the technology and show some pretty pictures.

I’ve been going through the game to fix up all the bugs I can find and really polish up the newer features (like the action wheel and undo/redo). I’ve fixed dozens of bugs in just the last 24 hours. Yes, I’m very exhausted, thanks for asking.

The game is very nearly feature-complete at this point, so bug fixes and polish are the bulk of the remaining work. With the help of our beta testers, we’ll be working over the next few weeks to make sure Logic World’s launch is as smooth and high-quality as we can make it.

See you on Friday :)

Btw for those who need the link, announcement trailer: https://youtu.be/OpTZ1geIECU

I am looking forward to the release version of the game!
Will you transfer known bugs into the issue tracker? Or are they already migrated there? Not that you get a whole set of reposts. Or are they all handled already :O

I am kind of interested in your management and PR work? What is going on, on that front? Will you just pull the release and wait for the users to tackle it and do the PR for you? (Pretty much will happen). I also recall you waiting for the release to happen at a time when nothing else goes on sale. I assume that also played a role for choosing the date.

Our beta testers are already using the site’s issue tracker, though that section of the tracker is hidden for non-testers at the moment. When the game launches, we’ll open the game issue tracker publicly, and all the existing issues and feature requests there will carry over.

I am kind of interested in your management and PR work? What is going on, on that front?

I’ll be doing some promotion the next two weeks, but nothing too crazy. This is the first Early Access release and the game is still a little rough around the edges; most notably, it’s only a sandbox, so it does a poor job of teaching digital logic concepts to folks who are unfamiliar with them. I’ll be doing petal-to-the-metal promotions after the game’s gotten a few updates, when I feel it’s ready to be shown off to a wider audience.

We’re very fortunate that Logic World already has a fairly large community, which amazingly has happened pretty much only by word of mouth. The wishlist numbers are sufficient that I’m not worried about having a poor launch.

I also recall you waiting for the release to happen at a time when nothing else goes on sale. I assume that also played a role for choosing the date.

Indeed. Among other reasons, the 22nd was chosen because

So we’ll have minimal competition in gaming news on that day.