I unfortunately wasn’t working at all last week, and when I got back into Logic World work I wanted to start with something fun. As you may know if you’ve been following Logic World for a while, I absolutely adore the color picker UI, so I began my work week with some fun color picker stuff :D

(I tried something a little different with this video. It’s heavily edited, and instead of just showing off game features, it tells a story of the features’ development. Let me know if you like it and would like to see more development videos like this :))

I added the new Circle Picker style shown in the video, and I also made a few more tweaks. First I made the “save this color” button change color to reflect the color that’s going to be saved, which adds a nice visual indicator of the button’s function. I also changed the style of the pointers, from the old white & black targets to simple circles which display the selected color or hue. 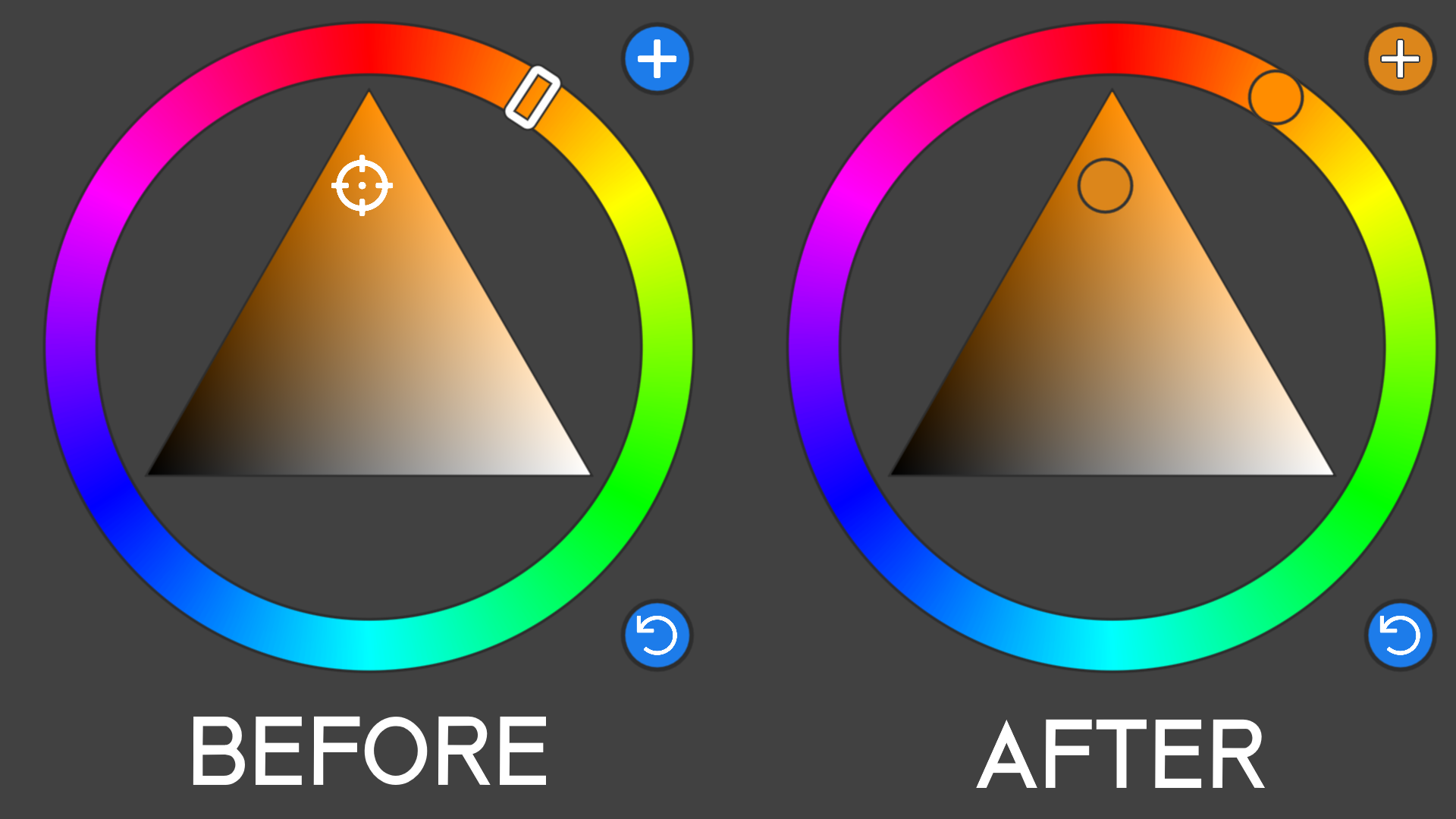 I’m pretty sure I like this new pointer style better, but I’ll probably add an option to switch between the two based on preference.

Finally, I added a little popup confirmation dialog when resetting a list of saved colors. If you’re anything like me, you’ll spend a lot of time carefully curating your color lists, and I don’t want you to lose all that work accidentally! 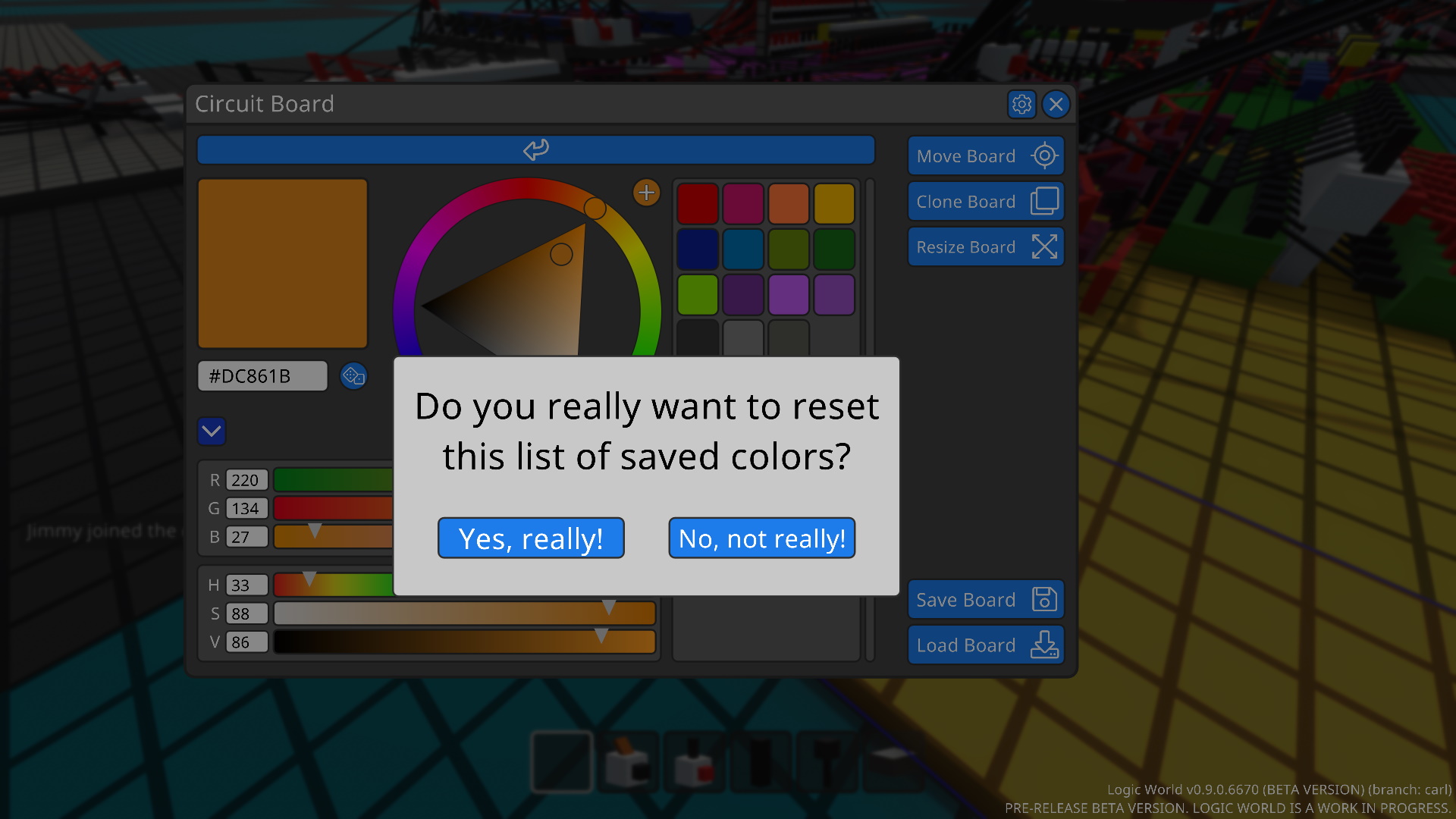 After reinvigorating myself with the color picker work, I’ve returned to working on the new building mechanics & features. Unfortunately I’ve got nothing to show this week – I’ve just done some minor refactors and code cleanup on my previous work here – but that’s my singular focus now, and I’ll have cool stuff to share soon :D

I’ve been making steady progress on the transition to mice in the web services. All of the services are now migrated and working fine for the most part, and even though there are still some bugs left to solve and code to optimize I think you will read next week’s LWW on the new backend if all goes well!

You do nothing again

Not much to say, best color picker ever existing incomming.
I left my opinion regards the new video format in the YouTube comment section :)

:c) Does the color picker already have an option for simulated Deuteranopia/Tritanopia sight?

No, but at some point I’d like to add filters for the whole game window that simulate various forms of colorblindness. It’s on my “fun but unnecessary” feature wishlist.

What if you made a bobby that looks like a color picker?

What about a Bobby-shaped color picker?