Last week I talked about a system that lets players play online hassle-free, and this week I’ve been working on integrating that system with the existing friends system. Now you can easily join a friend’s game through a couple clicks in the friends menu.

At the suggestion of our beta testers, I’ve made the resizing arrows partially transparent, so you can see what’s behind them. 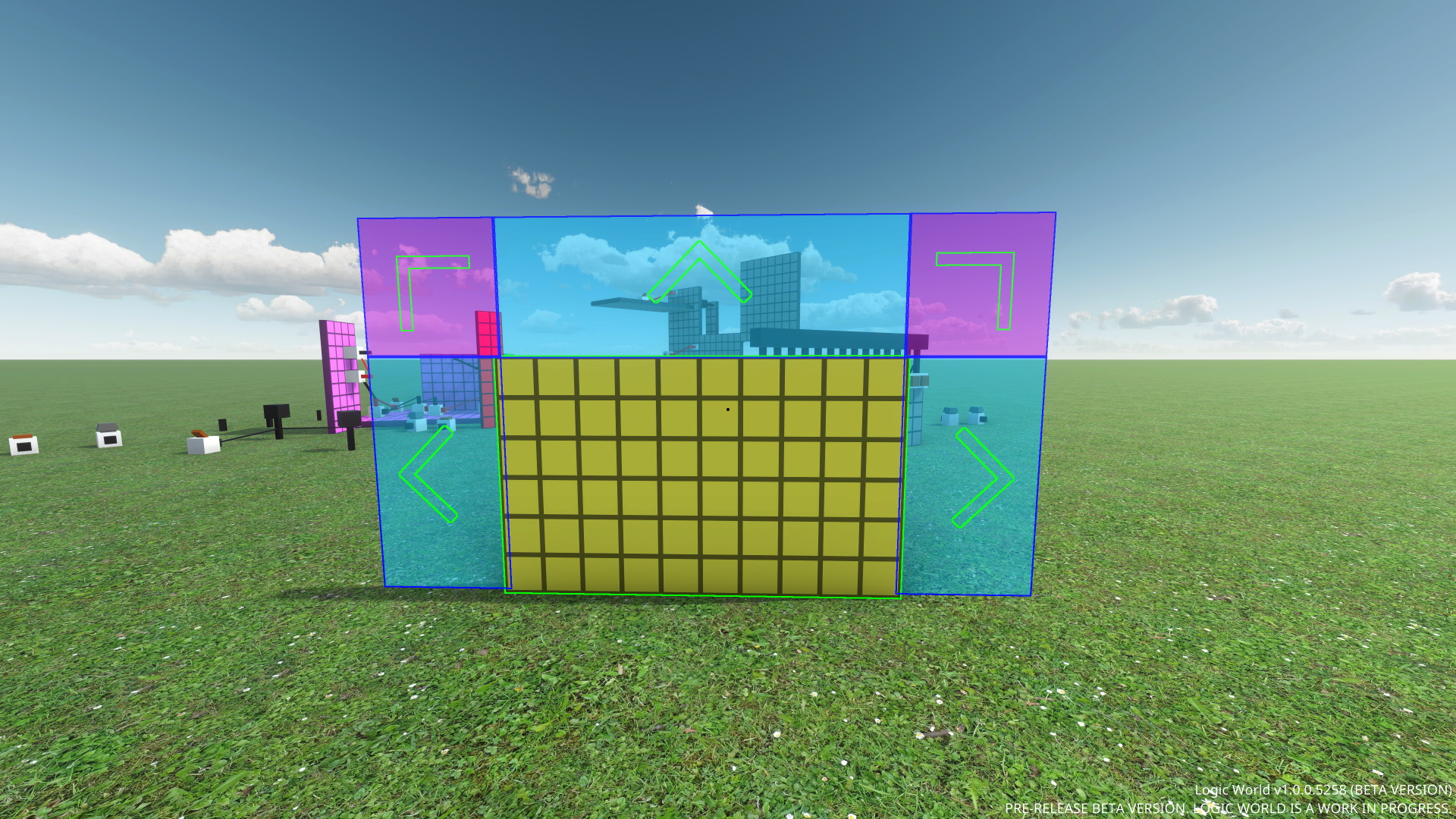 Hi, Jimmy here. There’s some changes happening in my life that will have a big effect on Logic World’s development. I won’t be working on this game for the next few weeks, and as such, Logic World Wednesdays will be taking a hiatus. It will hopefully return in late August. Logic World’s release is also delayed, again. I don’t know when to.

I’m sorry that this is happening, and I’m sorry that I can’t tell you more right now. I will fill you in and give a full update on Logic World’s future when things are stable and I know what’s happening. Rest assured that all three of us remain very committed to Logic World, and it WILL be released.

This week’s edition is, I suppose, a season finale for Logic World Wednesdays. Thank you for all your support and love over the past two and a half years. I’ll catch you on the flippity flip.

Why you don’t use Steam API, I think because you coded your Friend System and Workshop :|

Because the Steam API would be exclusive to Steam versions of the game. We are big believers in DRM-free games, so we don’t want to lock features behind DRM.

Will there be an option for invite only or friends of friends to join?

Yeah, we want to expand this system to support the things you describe. We also want to make a “tourist mode”, where you can join the world and press buttons, but not build or destroy things.

And thank you again for all your birthday wishes yesterday! I was particularly delighted by Red_3D’s celebratory birthday video.