by @MouseHatGamesDeveloper1 week ago (edited1 week ago)

We are nine days away from launch and it is PANIC TIME!!! There’s lots to do, so we better get back to doing it, but first here’s a quick check-in on what we’ve been up to in the last week.

I finished and released the new game trailer! I’m really happy with how it turned out.

Looking back on the other trailers I’ve made, it amazes me to see how far Logic World has come as a game, and how far I’ve come as a video creator. I guess I gained a few skills while making those 100+ LWW videos.

I also made a version of the trailer without narration, so Markku’s beautiful original soundtrack can be properly appreciated :)

There are still a couple critical issues to solve, but I think I’ll be caught up on all the reported issues by tonight. Then I can work on polishing the game some more, and maybe I’ll even squeeze in a few more features before we launch next week.

Ever since we rebuilt logicworld.net from the ground up earlier this year, the website front page has just been a quick placeholder with a static background. But with the game coming out soon, we wanted to make it at least slightly more beautiful. I’ve added a background slideshow of a bunch of in-game screenshots and I’ve added a slight black bar to the text and logo in the middle. 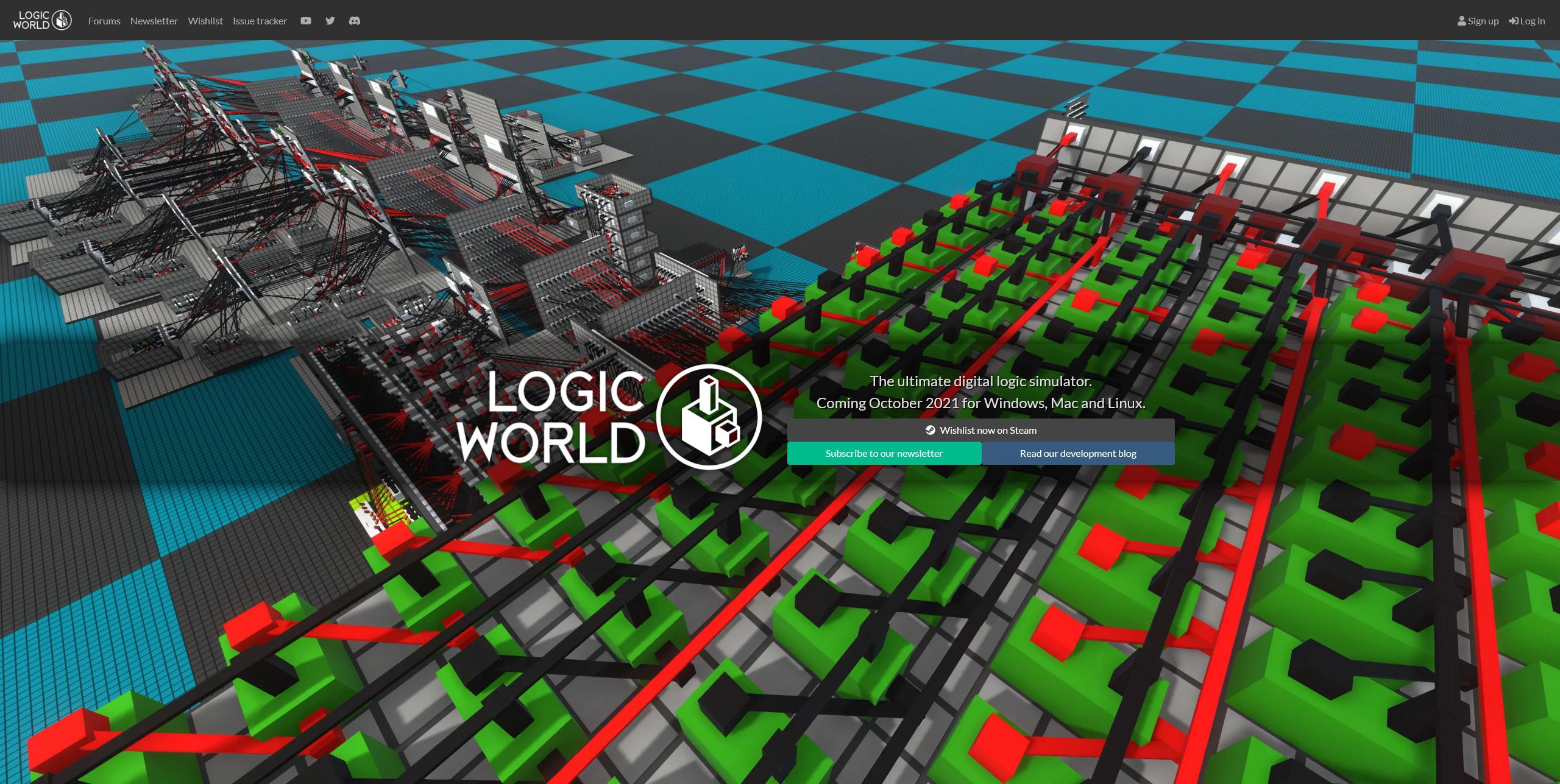 Last week I talked about the creation hub and this week I’ve “finished” the UI and back-end services, all that’s left is parsing the save files once their format is definitive and integrating this into the game so you can upload creations much more quickly. 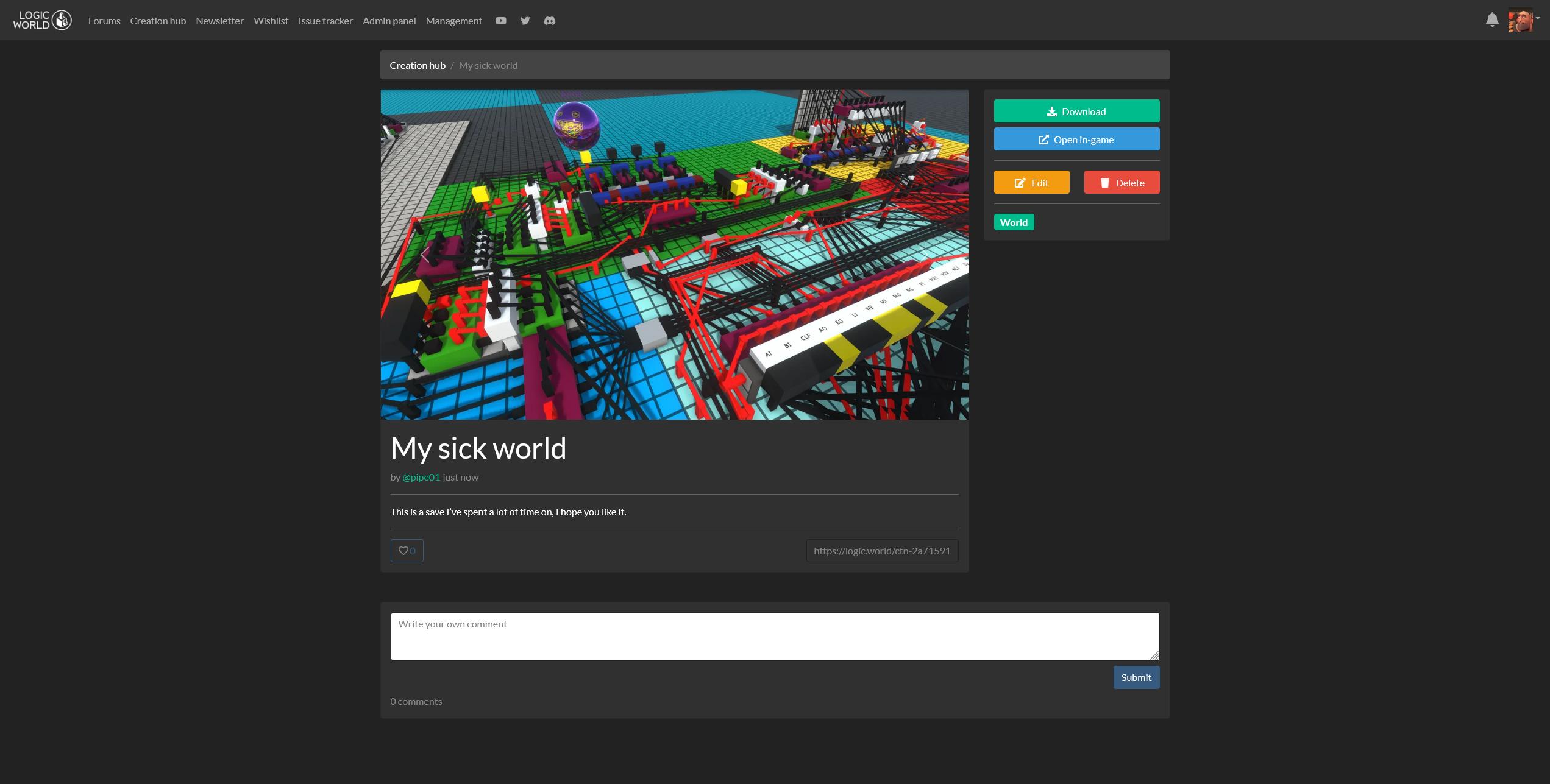 The HUB will raise many questions, like how immersive will the integration into the game be? What is the vision and what are the steps to get there?

I wonder how much overwhelming the feedback of the game will be, once it is released. I doubt you have time to share your feelings as a reply to this message before launch though, or do you? What are you fears and hopes? When do you think it calmed down? (As in the amount of feedback).

See the next blog post later today for a demo!

I doubt you have time to share your feelings as a reply to this message before launch though, or do you?

@JimmyDeveloper1 week ago (edited1 week ago)

And it’s all SO FAST too! The front page images load practically instantly for me, while still being crisp and clear. And the speed & responsiveness of just clicking around and navigating the site is stunning. Every time I have to use a website that isn’t logicworld.net I feel smug about how ours is faster. Felipe is a wizard